Traditional Huawei switches developed from bridges and belonged to the second layer of OSI, the data link layer equipment. It addresses according to the MAC address, selects the route through the station table, and the establishment and maintenance of the station table are automatically carried out by CISCO Cisco switches. The router belongs to the third layer of OSI, that is, the network layer device. It addresses according to the IP address and is generated through the routing table routing protocol. The biggest advantage of a three-layer 10 Gigabit switch is fast. Because the switch only needs to identify the MAC address in the frame, it directly generates and selects the forwarding port algorithm based on the MAC address. The algorithm is simple and easy to implement by ASIC, so the forwarding speed is extremely high. But the working mechanism of the switch also brings some problems. 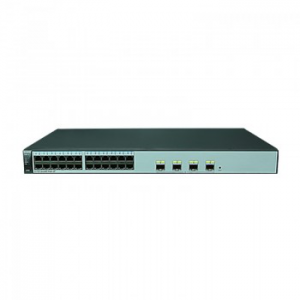 1. Loop: According to Huawei switch address learning and station table establishment algorithm, loops are not allowed between switches. Once there is a loop, the spanning tree algorithm must be started to block the port that generates the loop. The router’s routing protocol does not have this problem. There can be multiple paths between routers to balance the load and improve reliability.

2. Load concentration: There can only be one channel between Huawei switches, so that information is concentrated on one communication link, and dynamic distribution is not possible to balance the load. The router’s routing protocol algorithm can avoid this. The OSPF routing protocol algorithm can not only generate multiple routes, but also select different best routes for different network applications.